How to Train Your Puppy to Become Friendly With Other Dogs 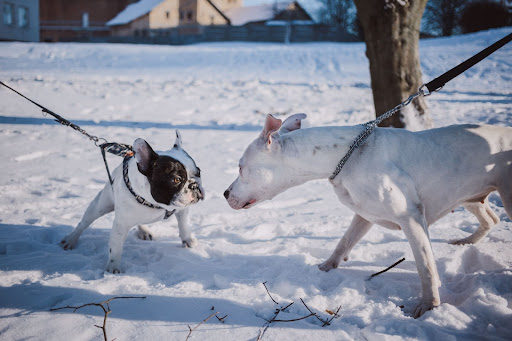 How to Train Your Puppy to Become Friendly With Other Dogs

If your puppy is shy or shows aggression when around other dogs, you could have a problem. Experts say a dog could exhibit antisocial behavior due to raging hormones, genetic and neurophysiologic factors, and poor socialization.

But your pup does not have to carry the tag “dangerous animal” for long. You can change your pup’s behavior, and we will help you to do it. Read on and learn how you can train your puppy to become friendly to other dogs.

Photo by freestocks on Unsplash

Dogs are instinctively social animals. They live in packs led by the alpha male. You should be the “leader of the pack.” But that does not mean you can be violent or yell at your fur baby. The key to changing your puppy’s antisocial behavior is to know why they are doing it and use your position as the “leader of the pack” to influence alternative behavior.

Establish clear expectations, be fair, and be consistent. Just like a toddler, your puppy will soon learn that you are top dog and that they can trust you.

Have your puppy neutered or spayed

Have you had your puppy neutered or spayed? It is a simple procedure that will help to reduce the raging hormones that drive your dog to antisocial behavior.

Spaying or neutering reduces the urge to protect their territory and establish mating rights. It also helps to keep other behavioral issues such as roaming and urinating in the wrong places in check.

But not everyone is for spaying and neutering. Some claim that the practice could increase the chances of developing cancer. But research shows the opposite. The benefits of spaying or neutering outweigh the possible risks. So, unless you are a registered breeder, have your puppy neutered or spayed.

Now that your puppy’s mind is in control (not the hormones), you can teach her to obey some basic commands.

Teach her to heel, sit, stay, and lie down on command. Your puppy should hold this position until you give her a different signal – even if it takes several minutes.

When your pup learns to control impulses at the sound of your command, taking walks and hanging out with other dogs will be much easier and pleasant. Besides, obedience training makes your puppy more confident. According to Thevets.com, “Your dog should have at least toilet break walks every day, and ideally, at least 30 minutes of exercise in total.”

During obedience training sessions, there are times when your puppy will not follow your command and do as she likes. The frustration could drive you to the edge. But resist the temptation to yell or physically reprimand her. It will only make her more afraid, and fearful dogs are not confident. Instead, focus on rewarding good behavior or favorable outcomes – positive reinforcement.

Socialize your puppy while it is still early

The real test of whether your puppy is friendly with other dogs is whether she can hang out in social spaces without causing a scene.

Young puppies (between 2 and 4months) are curious, friendly, and welcoming to other dogs. Their little minds want to learn as much as possible about this world. You should capitalize on this period and expose your puppy to positive social environments.

Let her hang out with other friendly dogs. But do it with caution. Young puppies are also vulnerable to disease and injury. An environment like a doggy park, where you have less control, could be too much for your puppy to bear. Instead, consider attending dog training classes or arranging play sessions, puppy walks, and car rides with other puppy parents. 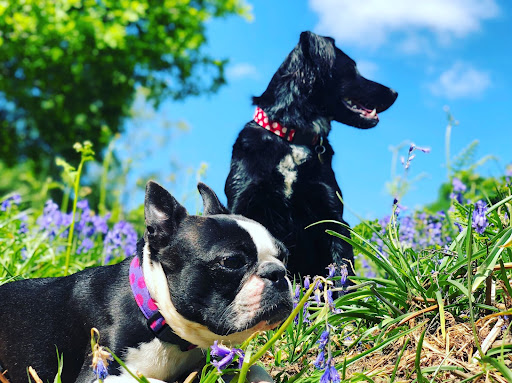 Photo by James Haworth on Unsplash

Training your puppy to become friendly with other dogs is not an easy feat. You must put in plenty of time, effort, be consistent, and be patient. As you continue with the training, be aware of your pup’s likes and dislikes, as well as her quirks and preferences. She may take a long time to learn how to become friends with other dogs. But do not give up. Apply the above tips consistently, and reward her for doing good. Eventually, your puppy will come around.

As your puppy grows into an adorable adolescent, she will know how to be friendly with other dogs. If she still growls or barks at other dogs. Or shows other antisocial behavior, consider limiting exposure and using contraptions like muzzles when in public.